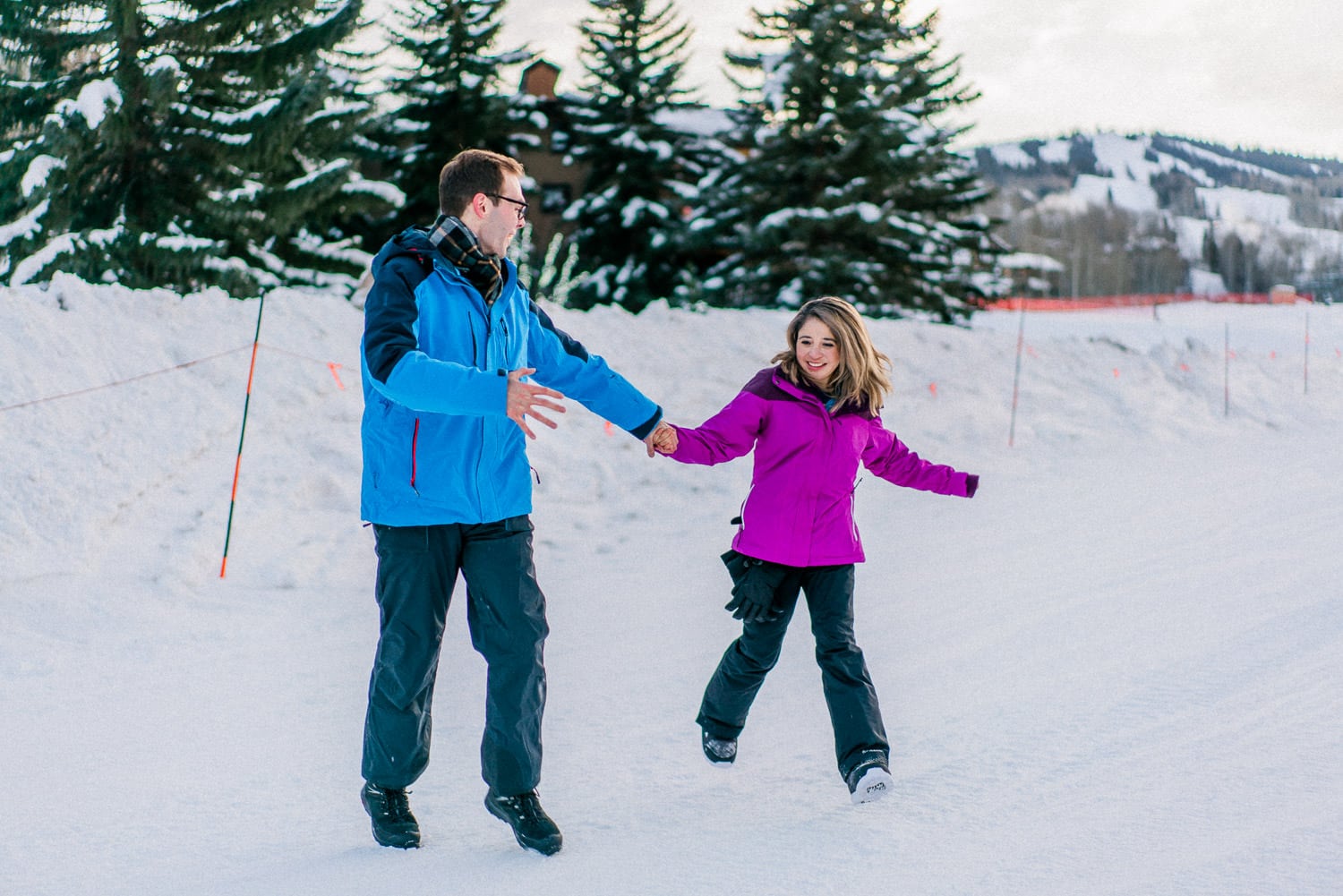 Tyler contacted me for some last minute proposal in Snowmass Village, Colorado. They were such a fun couple to hang out with! To plan this proposal in Snowmass, Tyler went through a lot of work & planning to get everything just right. But it seemed like everything had to get changed at the last minute. We had to change plans & locations. Tyler had planned on proposing at the top of the mountain where Lesly was with her snowboard instructor. Lesly actually had no idea that Tyler was in Colorado as it was just her & her family that had made a snowboarding trip out to Colorado.

Tyler first contacted Lesly’s mom to ask to marry Lesly. To find out her ring size, he contacted one of Lesly’s friends who then had a somewhat awkward conversation about ring sizes & shopping for rings together & Lesly thought the conversation seemed a little out of place. But she though that her friend might be getting married soon. Tyler got off work & flew to Snowmass. He was in contact with the hotel, the snowboard school, & was had even found out the exact snowboard instructor that would be with Lesly that day.

The original plan was for Tyler to propose to Lesly at the top of the Snowmass Ski Area. Less was read to go down the mountain but Tyler was going to propose up there. Lesly said she thought her snowboard instructor seemed kind of off when she kept delaying & wanting to stay at the top & was constantly on her phone while they were inside warming up.

Changing Plans for the Proposal

Tyler & I arrived just a little too late & there was no way we could make it to the top because the lift stopped taking people up. So we had to change plans & Lesly eventually made her way down the mountain. We had just a few minutes to find a new location. Her snowboard instructor started to take her on a little “tour” of the village area. All this time her instructor & Tyler had been communicating about plans & a change of location without Lesly knowing. She then first saw Tyler & was super surprised because she didn’t know Tyler was even in Colorado. She of course said yes! After the proposal, we went & took some engagement photos around Snowmass Village. The lights were really pretty & winter is just beautiful in these Colorado mountain towns. After some photos around Snowmass Village, & a little snowball fight, we went & had drinks together at The Westin which is not only an amazing place to warm up & get drinks but also an amazing place to stay. We talked about how Colorado is the place of many firsts for them, they spend a lot of time in Colorado & love the mountains.

I love helping plan proposals like this & there are so many different ways that you can plan a proposal in Colorado. If you need help, contact me & I’d be happy to help!