Our Western Road Trip Out to the Northern Rockies 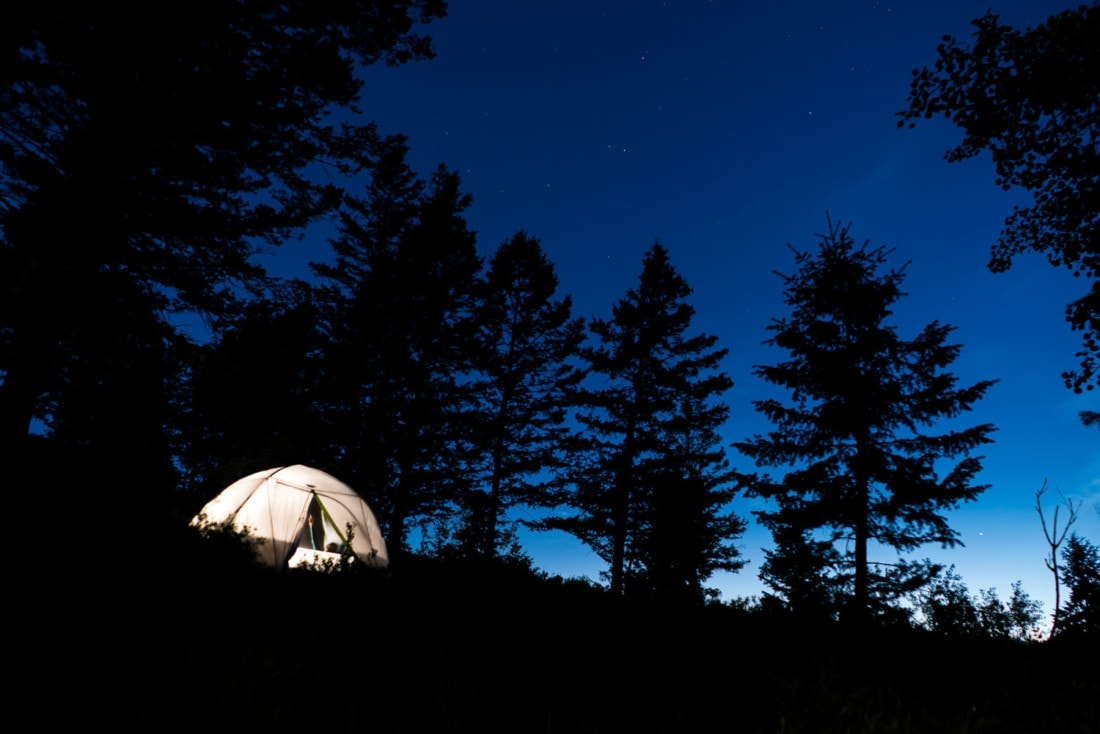 Last May I went on a road trip with my 4 best friends who I happen to be related to. Hanna & Isaac are my brother & sister, Gaven & Mali are my cousins. We had been planning it for awhile. Gaven & I even went out on a smaller road trip just to scout things out the fall before. We had so much fun & came back with countless funny stories to tell. The five of us do basically everything together & call ourselves “The Goonsquad”. We can be CRAZY when we get together!

I’m not too into souvenirs just because I don’t like to collect things, I like to collect memories, experiences, & photos. We created a playlist of lots of songs that we liked, mainly alternative. We had a great time & even had some loud obnoxious sing alongs in the car! Everywhere we went we were on the lookout for places that had ice cream or coffee, we’re all kinda obsessed with both ice cream & coffee. We even found a place in Banff that had froffee! Coffee with a big helping of ice cream in it. On our trip we even got to see 9 bears!

In 18 days we covered over 5,000 miles, traveled through 5 states, 2 countries, 8 national parks, & 3 state parks. And don’t forget to scroll to the bottom to watch our video!

Our first leg of the journey was to the Badlands & Blackhills of South Dakota. We left Nebraska at about midnight so we could be in Wall, SD for breakfast. Their donuts are absolutely delicious! But we were so tired from driving all night we took a nap at about 10 in the morning, or at least we tried…

The wind was so horrendous that our tent would collapse on itself, smashing all of us & then it would pop back up, then collapse, then pop up again. The wind continued to rage, we eventually all got a little bit of sleep. Then we were ready for some exploring! 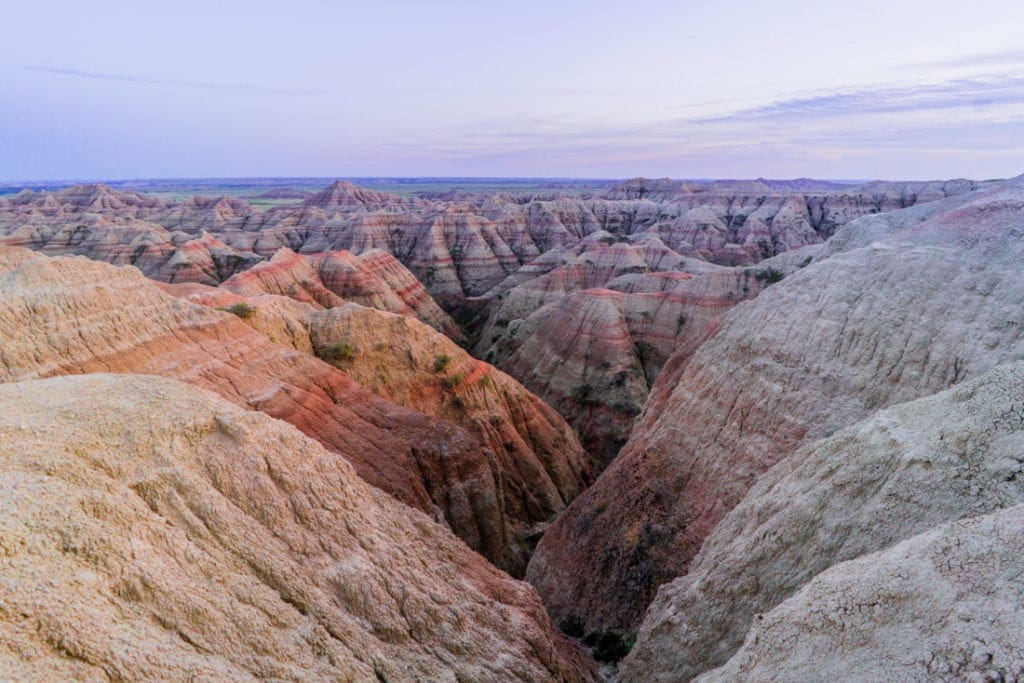 We went into Wall Drug and were in there for quite a while when a huge thunderstorm hit with blowing winds, hail, & a torrential downpour. The power went out in half of the town of Wall. The streets were flooding & the now dark store was crowed with people looking out the windows into the storm.

It eventually passed & I was so relieved to see our tent still standing and totally dry inside. We were able to do some hiking throughout the Badlands the next couple of days & even went out to look at the stars and see the Milky Way. 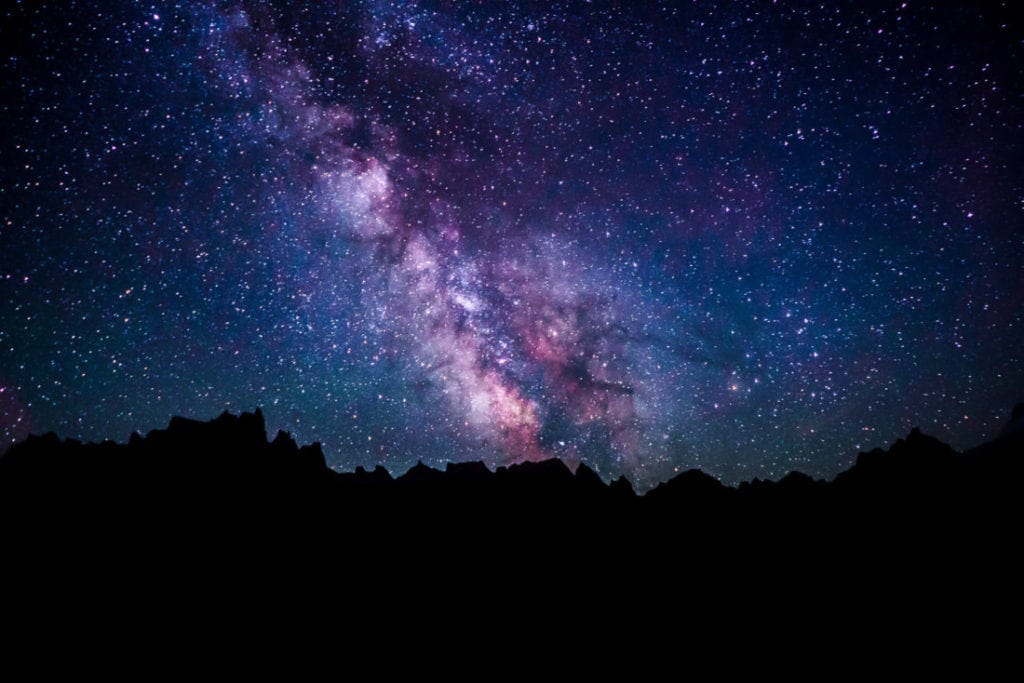 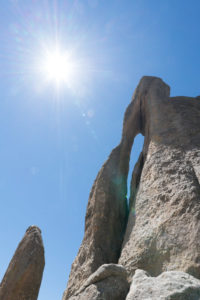 We were also able to do some hiking in the Black Hills & drive the Needles Highway in Custer State Park. The rain seemed to follow us there though. One night when we were cooking ‘Runza guts’ for dinner (for those of you who don’t know Runzas are sort of a Nebraska thing & have beef, cabbage, & onion wrapped in a dough), the rain came down hard & fast with no warning & we had to grab everything quickly & head to the tent! It’s not fun to be wet & cold camping. 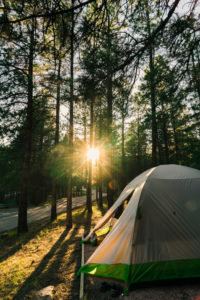 Glacier National Park has two parts, east & west. Each part of the park is a little different. The west side catches a lot of the rain because of the massive mountains blocking most of the moisture from passing to the east side. The west side is full of lush, green, mossy forests. The east side is a little dryer & has more grassy areas. The whole park contains a lot of bears & you’re very likely to spot one if you’re there for any length of time.

We stayed in the Two Medicine Lake area in southeast Glacier. We also visited the areas around St. Mary & Many Glacier. We were able to see the elusive Glacier lilies that blanket the alpine habitats & pop up as the snow is still on the ground. 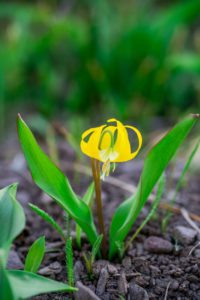 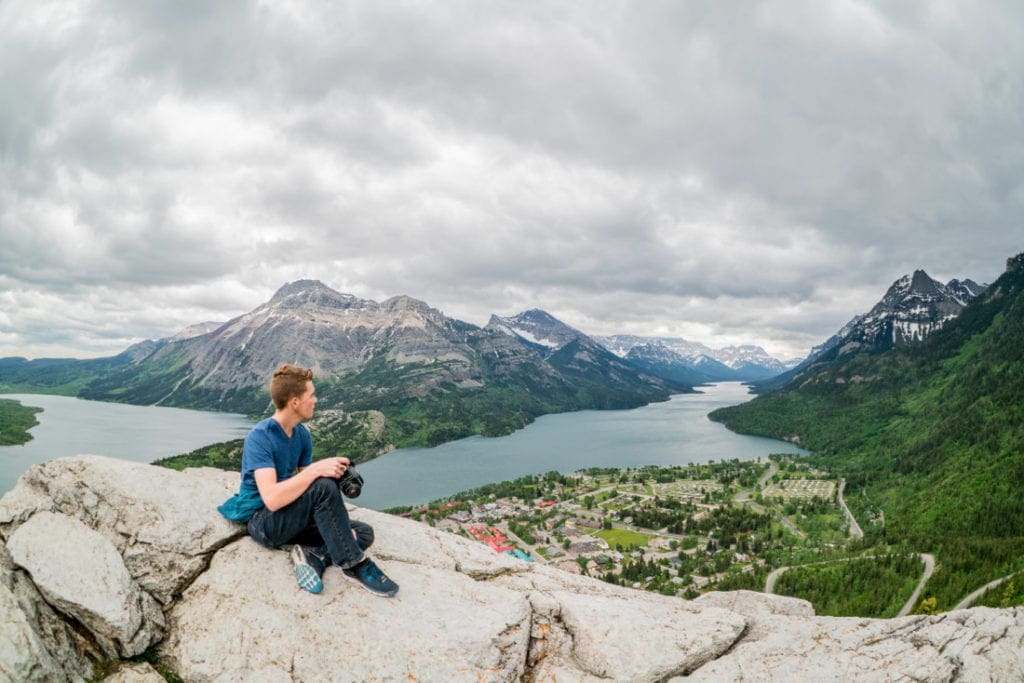 Giving smokies to strangers. In Canada, hot dogs are called smokies. We went to a store one evening with hungry, e empty stomach & our eyes were definitely bigger than our stomachs. We bought way too many smokies, but I was surprised at how many we all ate, we each at at least 4 but had a lot left over still. We jokingly told Mali to take the leftover cooked smokies over to some other campers & she took it seriously. Surprisingly they took them all & weren’t surprised to learn that we were all from Nebraska. They said that the nicest people they’ve met are from Canada or the Midwest. 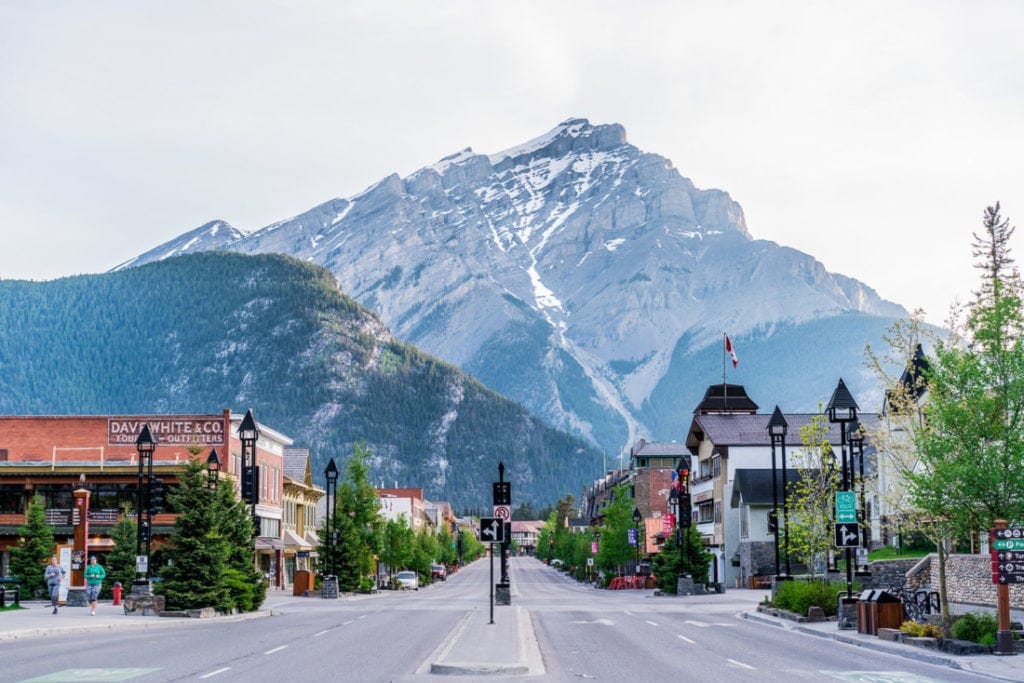 Marshmallows & bears. In Jasper we stayed at a very remote, primitive campground. We loved it, there were almost no people around & it was very quiet. One night Hanna & Mali took a bag of marshmallows into the tent & we were all snacking on them. We all fell asleep & they left the marshmallows inside the tent instead of putting them in the bear box. I woke up in the middle of the night & heard a bear rummaging around & huffing. Pretty soon I heard the sound of a cub. I was debating about whether or not to wake everyone else up, I didn’t want them to freak out or something. Then I heard the sound of a narrator. Somebody was watching a stupid bear documentary in their tent! 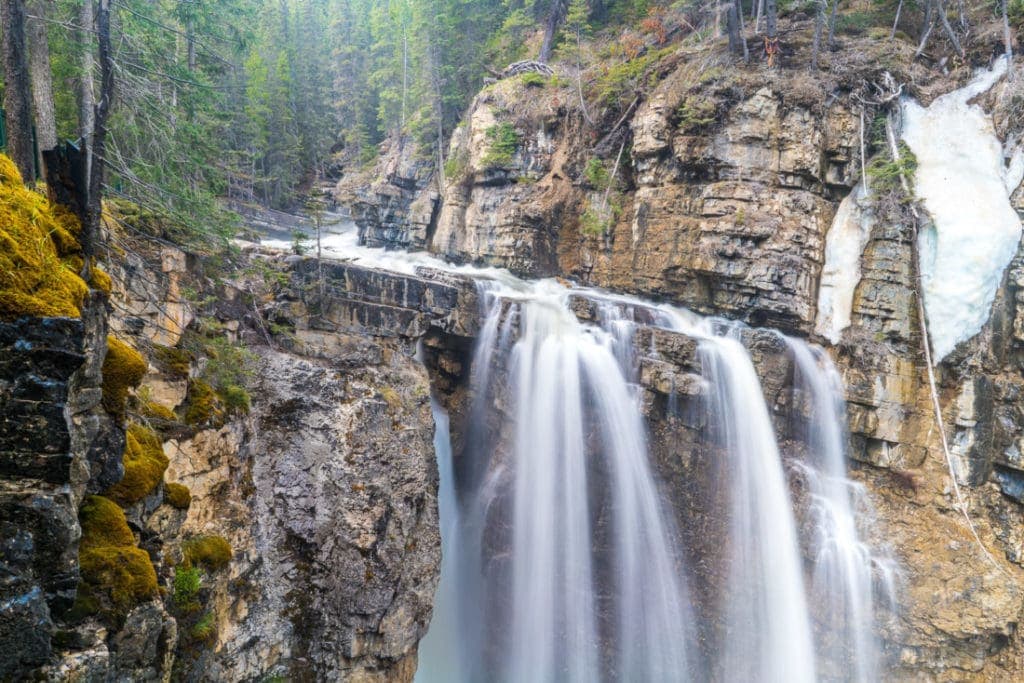 “It’s so fluffy!” I’m pretty reserved & quiet- most of the time. Too much caffeine has a big effect on me & sorta makes me go crazy. In the morning Hanna & Isaac made camp coffee over the fire. It was so strong & blacker than black. I didn’t even have one full cup & I was starting to get very shaky. That whole day the littlest thing could make me laugh & I was practically vibrating I was shaking so much. That night I could still feel the strong effects of the caffeine as I laid in my sleeping bag. I started moving around & started laughing hysterically & yelling “It’s so fluffy! It’s so fluffy!” Mali was still affected by the caffeine as well & couldn’t stop laughing at me. Hanna was laughing but also kinda embarrassed by me & she started punching me & telling me to shut up! I don’t know if I got any sleep that night. 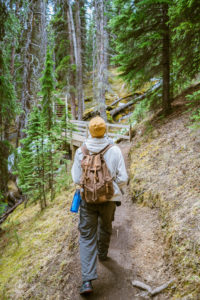 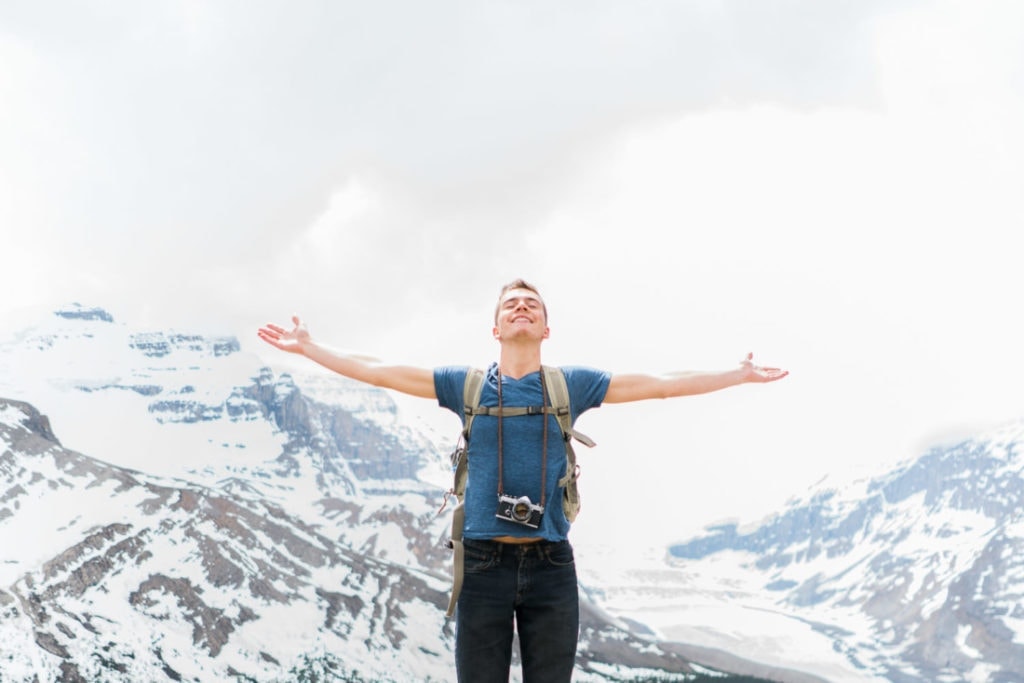 West Glacier is my favorite part of the park. Filled with lush forests, lots of moss, & even some orchids. There are lots of hikes to waterfalls & lakes & through amazing forests. The Going to the Sun Road is an amazing drive, but is closed most of the year due to snow at the higher altitudes. Just be sure & watch the speed limits! I sorta got pulled over for speeding in the park after not really paying attention to the signs!

West Glacier is definitely my favorite region of the park. I mean just look at all that green! Can you just imagine some gorgeous wedding or elopement here? 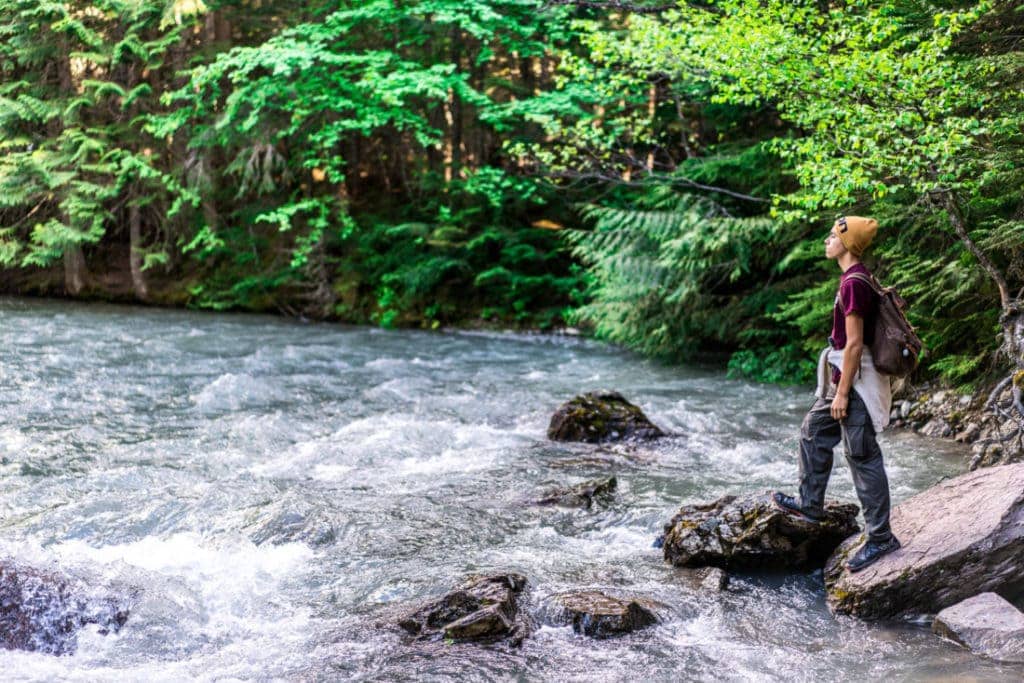 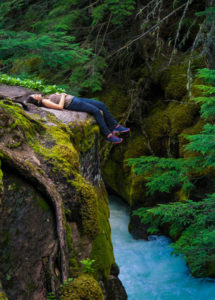 The Grand Tetons are really different in my opinion because of their rough & ragged shape. There are so many photographic opportunities in the area. The Moulton barn is a beautiful sight to behold at sunrise. The entire region is full of wildlife & there are great views of the mountains almost everywhere. Jackson Hole is a definite place to visit. If you go to Jackson, you NEED to try out Liberty Burger. They are a small chain with a few locations & the one in Jackson is a neat spot. We stayed at the Elk Refuge the whole time but there was only one campsite left. And it was on a steep hillside. So every morning we’d all wake up all scrunched up at the base of the tent! 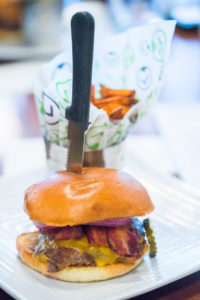 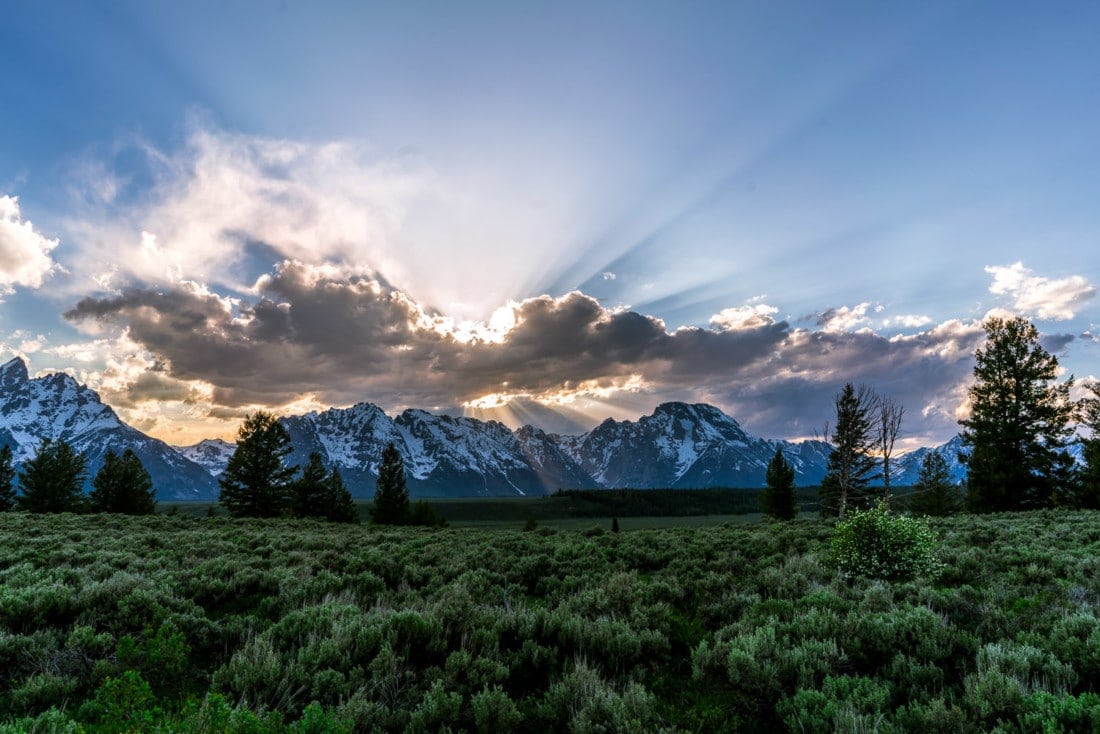 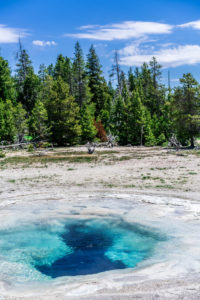 My car got a new name. On our way to the Grand Tetons from Glacier we were driving down a narrow winding road that was running through some very thick forest. A deer jumped out in front of us all of a sudden. I didn’t even have time to tap the brake or anything! We hit the deer & actually split it in half! We were all fine but the deer definitely wasn’t. My car stunk so bad until we were finally able to wash it. After this happened, people started calling my car Orange Slice! (Because it is an orange Subaru & sliced a deer in half) 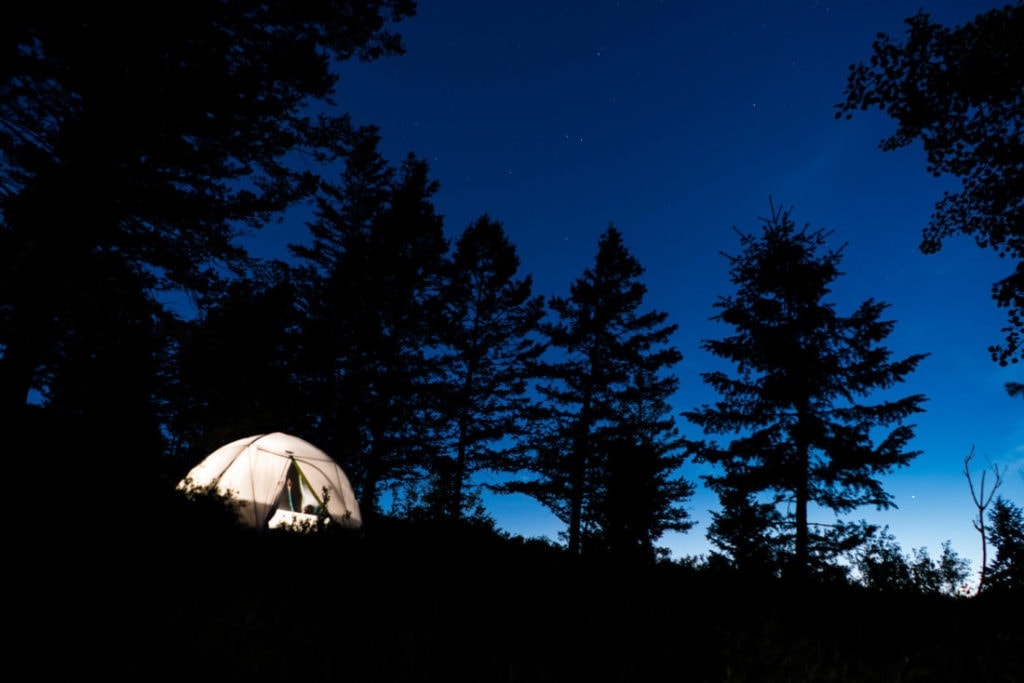 We eventually made our way home and stopped in Toadstool in western Nebraska. It’s a neat little park with oddities that you would not expect to find in Nebraska. It reminds me of mini Badlands. Just make sure you take water with you into the park because there’s no water hydrants available. 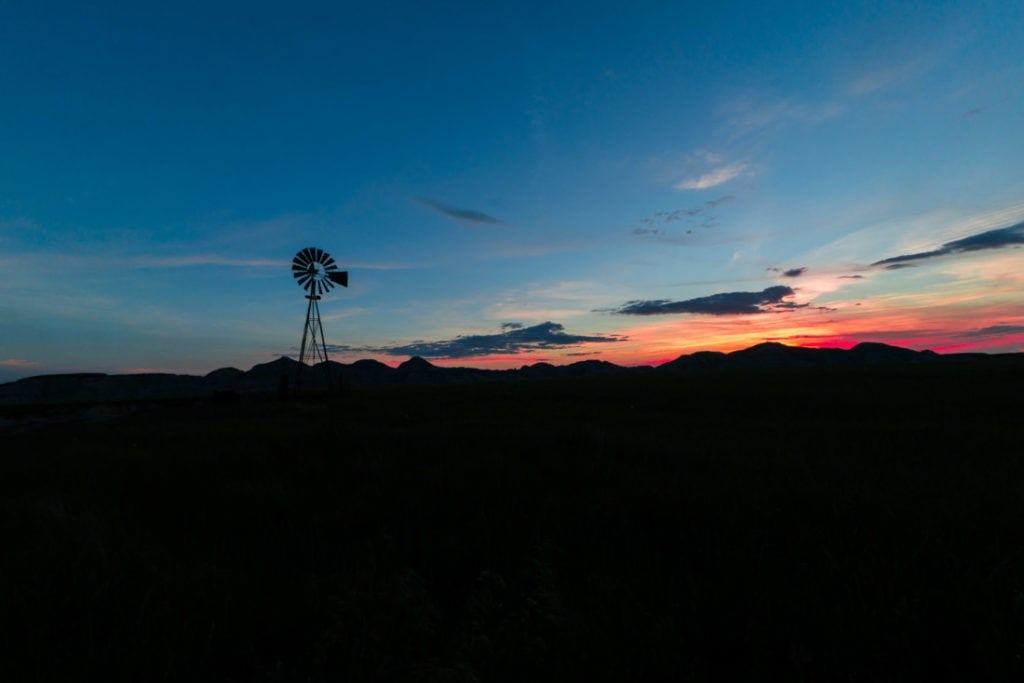 The pizza. We decided to cook a raw frozen pizza over the fire- not the best idea. There is a reason they use a pizza oven. The bottom burned while the top stayed very raw & doughy. But we ate the whole thing surprisingly! 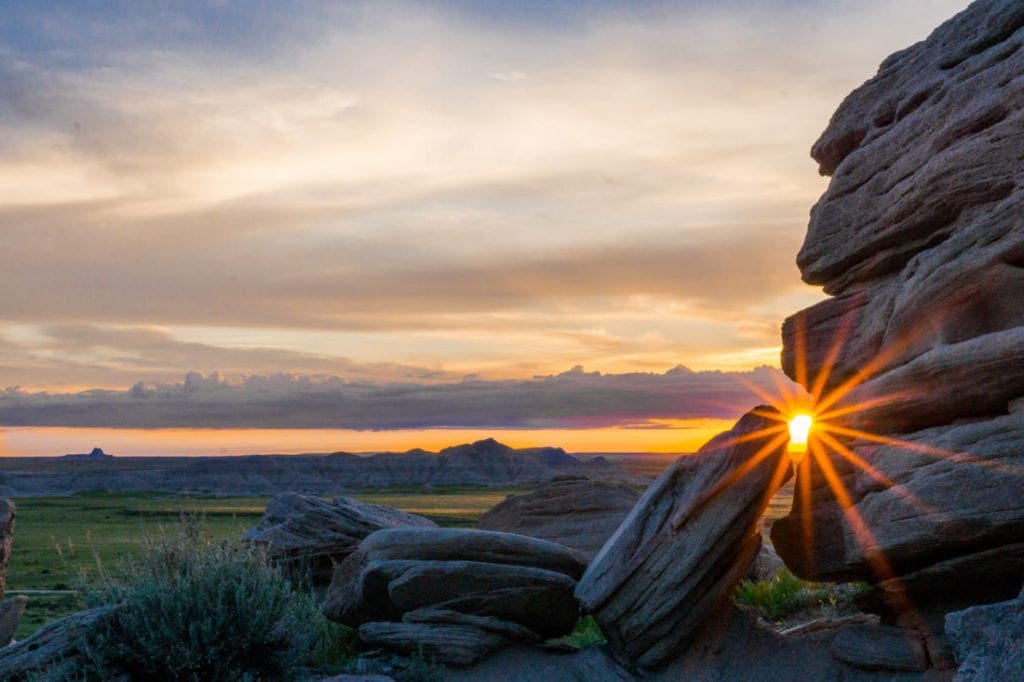 This road trip was one of the best things I’ve ever done! I loved getting to travel & live on the road for almost 3 weeks. And doing this with a bunch of crazy friends made it even better! Check out the video below that Lucas Miranda edited & put together for us! And if you happen to be looking to elope in Glacier National Park or have an elopement in Montana, definitely let me know! I’m very familiar with Glacier National Park & would love to help out with the planning & photography of your GNP elopement. 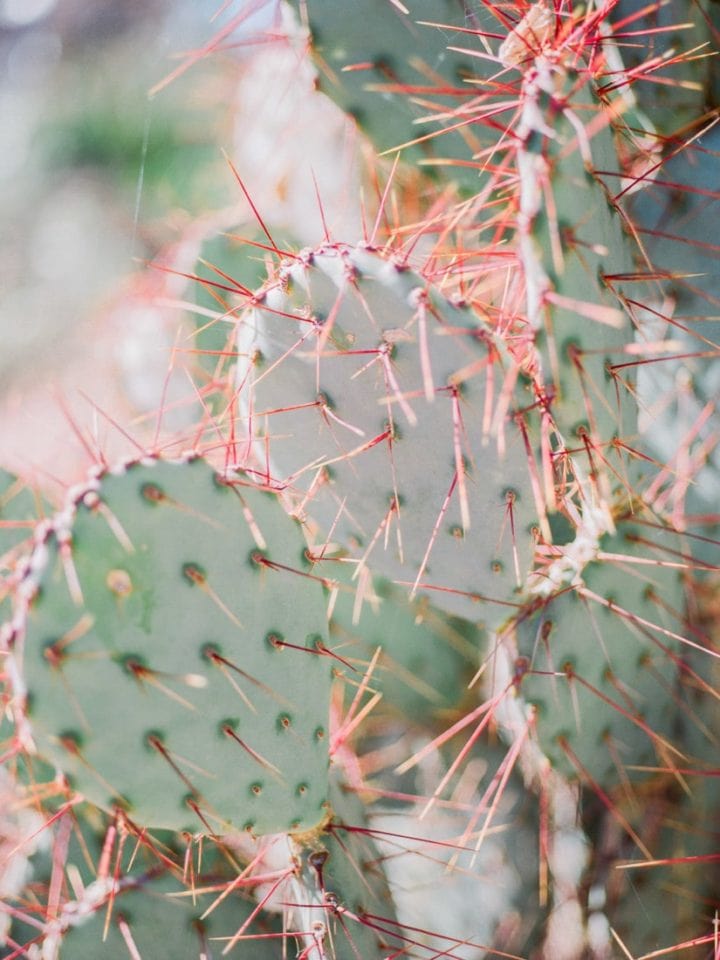 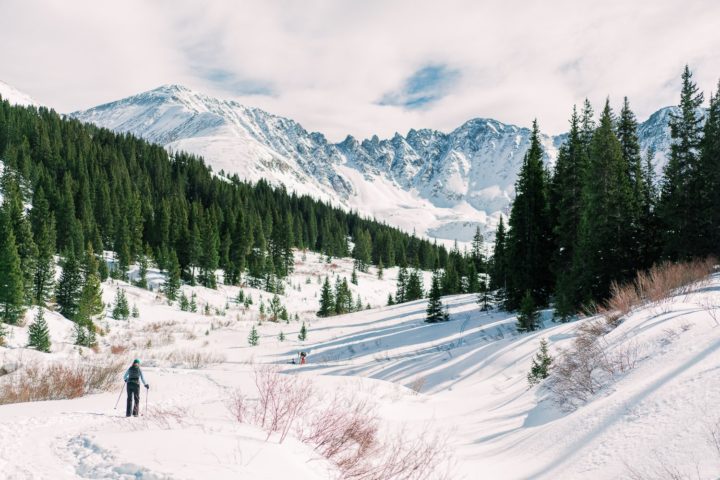 Cross Country Skiing & Snowshoeing in the Mountains of Colorado 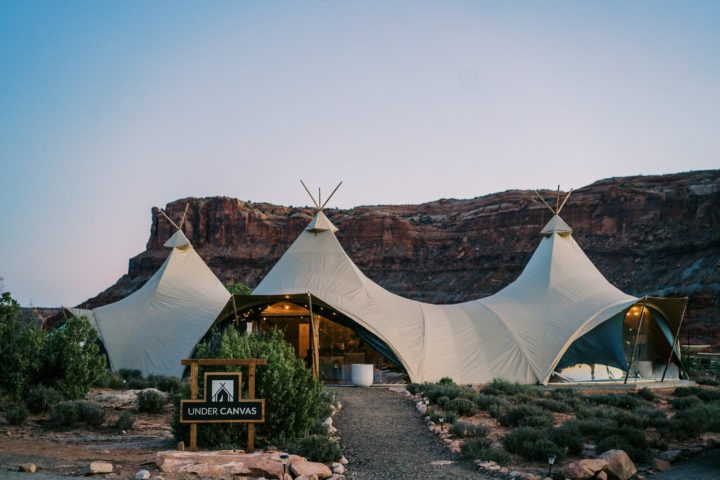 The Best AirBnBs in Moab, Utah

Aw, thank you so much!

I love going on adventures with friends!

Just looking at these photos reminds me of all he good times and make me want to go again!

This was definitely a trip to remember!

Both sides are so good. I prefer the west side because it was a lot more lush and green, but the amazing Going to the Sun Road connects both sides and goes over a beautiful mountain pass. I definitely recommend Banff. It was the coolest little town! And it was buzzing with tons of neat shops and great cafes. If you really want to get away from everyone, go to Jasper National Park. It is connected to Banff and has some amazing, very remote locations. 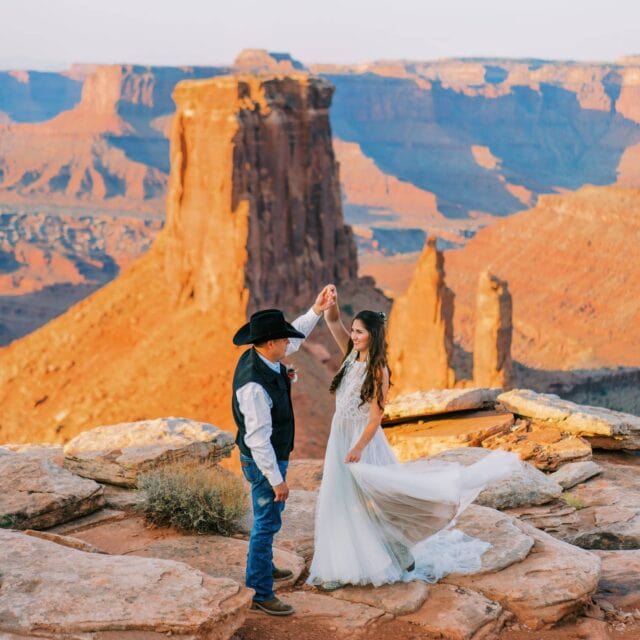 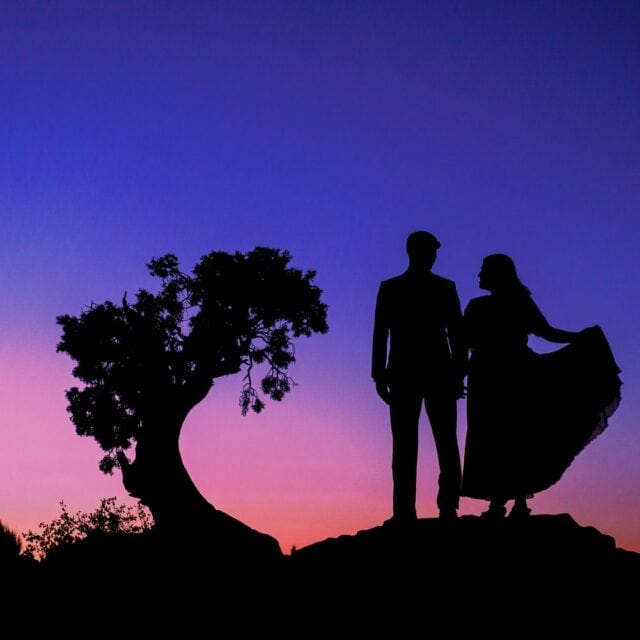 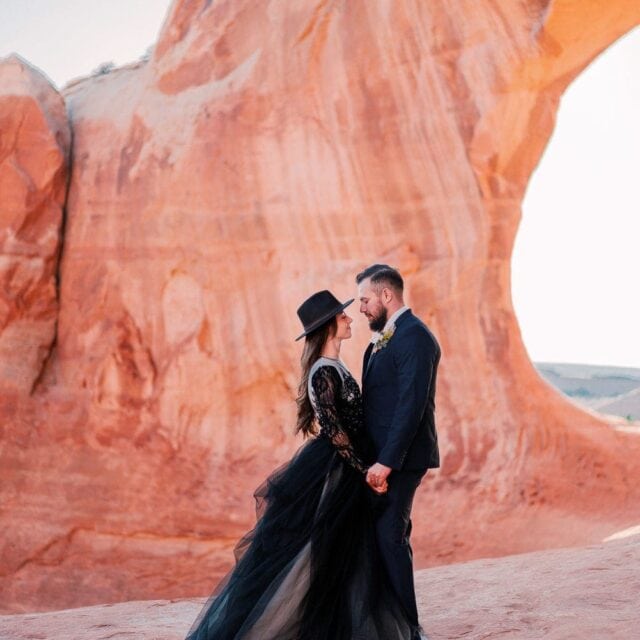