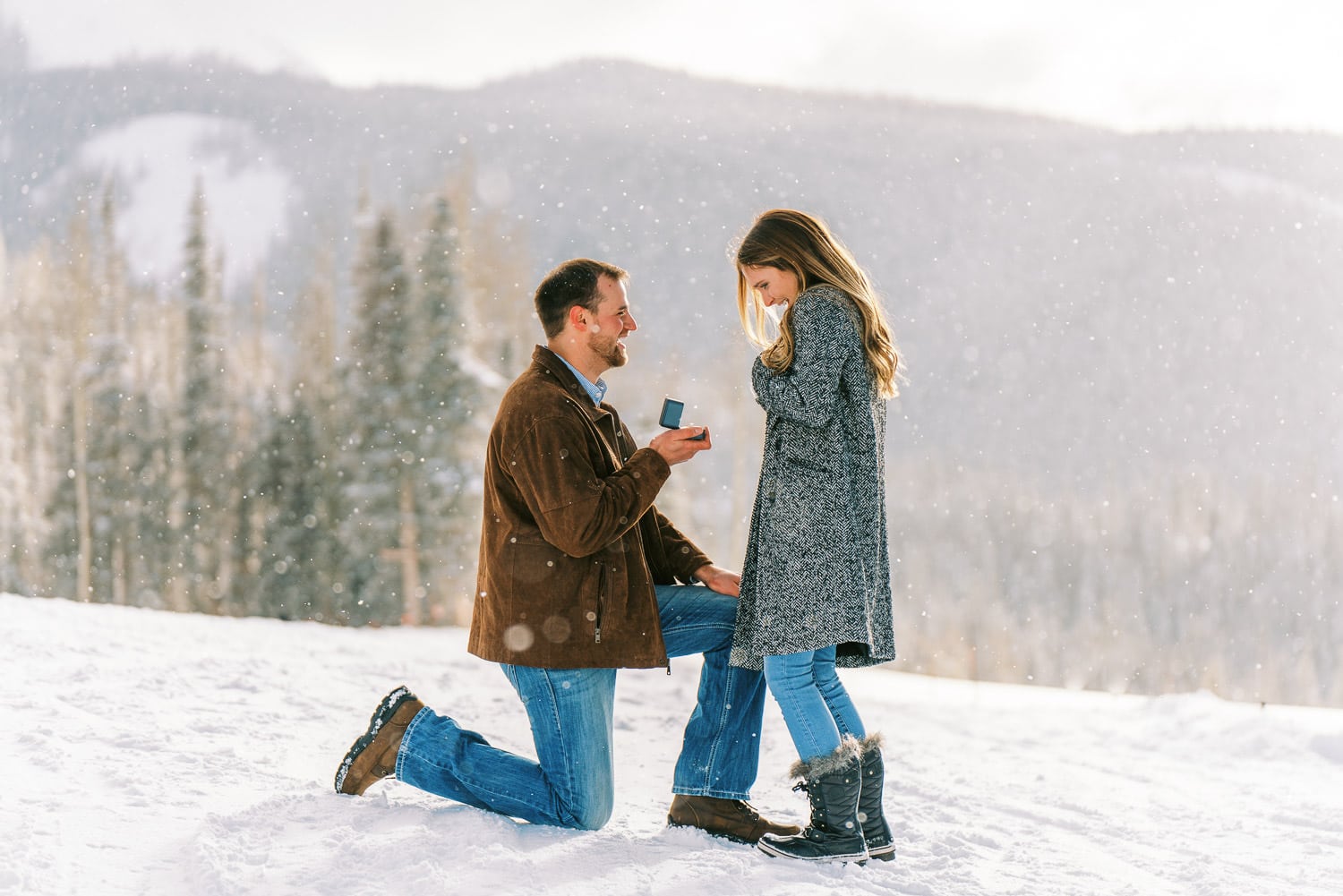 For this proposal photography session in Telluride, I had various location ideas planned out just depending on what Ethan was looking for. Eventually we decided on going up to the top of the mountain via the free gondola that goes from Telluride to mountaintop, & Mountain Village. I helped Ethan plan out an exact location & timing for his proposal to Katherine. Proposals are a lot of work if you want to pull them off right & have them photographed! I sent Ethan notes, maps, pins, screen recordings, & videos to explain where to go, how to get to the locations, & what to look out for in landmarks in the area. I always try to be very clear when helping plan out a proposal because usually the guy is a little nervous & we won’t normally have a chance to meet up beforehand at all. So everyone needs to be on the exact same page when it comes to knowing where to be & when to be, what it takes to get to the locations, & so on.

On the day of the proposal, Ethan & I were texting & keeping in touch with each other. They were spending most of the day together but Ethan had time to sneak away for a quick call to me just to confirm everything. I was waiting at the top of the gondola from Telluride for both of them. I always like to get a photo beforehand so I know who to look out for, even better if I know what you’ll be wearing that day! He lead her out to look at the view while I tried to blend in as a bit of a tourist & pretended to be taking photos of the landscape & the skiers in the area.

He took out the ring & proposed to Katherine at the top of the mountain in Telluride with the San Juan Mountains as an amazing backdrop. We spent some time at the top of the mountain taking photos & the trees were beautiful because a storm had just come through the area, leaving fresh snow & frost everywhere. We then took the gondola down to Telluride & walked around the downtown area. We planned out this Telluride proposal a little more towards golden hour but also had to make it work with the gondola operating hours & their dinner plans at Black Iron.